New Definitions in the Media Landscape 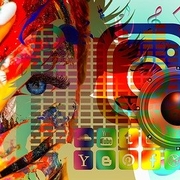 As a former network television business and legal affairs executive, I am astounded by the dramatic changes taking place on the media front. Firstly, what is television; has it become an outdated term; and, should we simply use the word "media?" Secondly, will live sports remain something that people will want/need to see live? Finally, given our digital universe, will teams and leagues move to proprietary OTT platforms to distribute content and take out the networks (other than a production service facility) and the traditional cable and satellite companies, the MVPD's?

Let's start with what television is, and that is the real paradigm shift to be discussed. In the mid 2000's the end of analog distribution of content ended and everything, all means of distribution and especially the old school over-the-air ("OTA"), changed to a pure digital distribution (in earlier iterations the preferred nomenclature was internet protocol). Not only could you no longer receive an over the air signal (yes, there were/are available digital antennas), but you needed to have some sort of digital receiver, which meant, a cable box, a satellite dish or a computer. This, in effect, made your computer a television, or did it? Clearly, it seems that we need to redefine television as simply that device through which one views content.

Does this beget another change to our language? Can I no longer watch television? Am I now consuming content? On one level it seems so artificial to say, "I'm going to consume some visual content," and yet isn't that exactly what we are doing? That big flat screen on the wall in your house is, certainly, a television, but when I watch content on my phone is my phone now a television? I know this sounds somewhat obtuse, but I once had a negotiation for a rights agreement around 2011, where we spent over an hour discussing what a phone was as certain rights had been carved out for a mobile provider. Needless to say, when I pulled out my iPad 2 and explained that I had a program called Tango that allowed me to make calls, the folks with whom I was negotiating realized that the digital universe would force us all to rethink how media worked.

For many years linear channel executives crowed about how not only how DVR-proof live sports was, but most consumers wanted to see sports on a live basis. While this remains true, certainly as opposed to how entertainment content is consumed, will it remain so? The biggest barrier flows from the never-ending assault of news and information being pumped into and through our smart phones, which begs two questions: 1) how to avoid finding out scores; and, 2) will consumers watch a sporting event even if they already know the score? I am not proposing an answer, but rather, posing a question, namely, of how much value is a traditional linear broadcast. More importantly, if live viewing of sports content declines, at what point does the value of an ad-based model survive if one can skip the commercials?

The last question I raised above goes to the heart of what we affectionately still call the TV business. As we moved from rabbit ears to cable boxes and satellite dishes to OTT what changes have we endured? In the beginning we turned on the television set and either though our roof antennae or the rabbit ears on the set we received our content for free. Cable existed on a small scale to service areas that simply could not receive an OTA signal. But cable and eventually satellite took over and each expanded the offerings available to consumers, that is, the bundle, that collection of channels that we may have never watched, but for which we all paid.

Just a few years ago those in the "know" claimed that we would never get to any sort of a-la-carte system (I think those voices may have been from the cable/satellite lobbying forces). After all, the bundle came about because one entity had a channel for which it wanted distribution, which had built-in viewership and which the operator knew would draw subscribers, but as part of the negotiation the channel representative told the distributor that if they wanted channel X, that channel Y and Z had to be given carriage, as well. But then a little company that used to send us DVD's in red envelopes began to change the game, and from Netflix, to Hulu, to Amazon Prime, to Sling to on and on and on, we suddenly had the ability to receive vibrant on-demand programming taking the calendar and the clock out of our collective viewing habits. Moreover, we could see these "channels" independent of the MVPD's; all we needed was an internet connection, which allowed us to view programming on any device that was internet connected.

What does this distribution model shift mean for sports? That remains a big question, but as local teams have become equity partners in RSN's and those that have not seem to be interested in that equity position, one has to wonder why do teams, or leagues for that matter, need partners to distribute the content. If I am a fan of my local team and if I already pay to see the team play through an RSN as part of my cable bundle, what would keep from simply paying the team directly for access to its OTT platform to watch the games? Production arms of the various networks and RSN's would become production service providers working directly for the teams and instead of delivering the signal of the produced game to a central distribution point in order to send out the signal to the various cable and satellite companies, that signal could be sent directly over the internet and obtained by anyone with an internet connection and an authenticated account.

Change is never easy nor cheap, buy we are surrounded by change and as leagues have created all sorts of out of market packages to allow the consumer to see virtually any of a league's games, what is to keep the leagues and the teams to simply decide that they want to control all the means of distribution? The answer to that and so much more lies ahead, and to quote a quintessential line from television history: stay tuned!