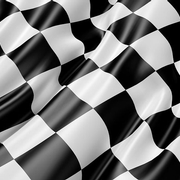 The final lap.  As a speeding Ford Mustang, marked number nine, makes its final left turn, racing enthusiasts can see the M&M’s logo whisk by as the green and red colored streaks on the machine become one.  The ninety-degree sun beats down on the driver.  Sweat dripping.  One final push on the pedal and…the checkered flag begins to wave.  The race has been won.

Watkins International, Daytona, Talladega – no two racetracks are made the same.  As fans take in the sights and sounds of some of the fastest and most skillful drivers known to mankind, what they may not notice or consider are the state laws and regulations that allow such iconic races to occur even outside of the confines of any specific track.  In fact, New York, for instance, does contain a statutory scheme, codified in the New York State Vehicle and Traffic Laws (“NYSVTL”), that permits said speed races and even protects race organizers and participants from potential violations of the law.

Although the state of automobile racing law in the United States is somewhat disjointed, made up of multiple areas of law and statutory schemes, the sport is far-reaching and continually evolving to the current legal landscape.

This article will examine the statutory schemes of New York and New Jersey automobile racing law and will also examine some relevant issues facing the industry today.

As may be expected, the New York Department of Transportation (“DOT”) is tasked with the duties of monitoring and permitting single-county and multi-jurisdictional speed contests in the State of New York.  The DOT may grant “special use” permits to individuals and groups that meet certain criteria defined by DOT regulations.  An activity, other than for normal transportation, constitutes a “special use” where it requires use of a public road or facility.2  However, a special use permit is only required “if the event or event participants will be violating some portion of state or local laws regarding the use of roads, path, trail, sidewalk . . . .”

Where can people race?

NYSVTL §1182 provides that “…no races, exhibitions, or contests of speed shall be held and no personal shall engage in or aid or abet in any motor vehicle or other speed contest or exhibition of speed on a highway.”  From the onset, the law is clear; races shall not occur on a highway. Highways, especially in New York, are heavily populated at any given time, and therefore, the risk of injury is great to race participants or those individuals on the road.

New York State law dictates that if a highway race is to be held, it must be monitored by the appropriate state officials for the entire event.  When participants do engage in a permissible speed race, NYSVTL exempts said participants from compliance with any traffic laws, although there is an obligation to exercise reasonable care.

The statutory scheme enacted by New York lawmakers, however, is not clear as to what constitutes a permissible venue for a “race” or “speed contest.”   However, as explained by the DOT, permissible racing venues may include, inter alia, state highways, racetracks, and other public roads.

As it is stated in NYVTL §1182, a “speed contest” must be more than “merely speeding down the street.”  In order for the statute to be violated, the racing participants must have established some sort of race course or organized track along a street.  Moreover, merely traveling down a street at a high rate of speed, even in tandem with another vehicle, is not a “speed contest” within the meaning of the NYSVTL.

Violations of the Law

The State views violations of NYSVTL §1182 as a criminal penalty, resulting in a misdemeanor for any offender.  Violators of the law shall be subject to imprisonment of not more than thirty days or a fine between $300.00 - $500.00, or both a fine and imprisonment.

Moreover, a second conviction within twelve months of an initial violation shall be punishable by imprisonment of no more than six months or a fine between $525 - $750 or both a fine and imprisonment.

New Jersey’s statutory scheme on auto racing is appreciably more extensive and inclusive of other forms of racing, despite the absence of one particular dominant track.

How does New Jersey define a race?

New Jersey Administrative Code Section 13:62 for Law and Public Safety defines how the legislature views the various forms of racing available to state residents.  Most relevant to this article are “autocross,” “racing event,” and a “motorcycle special event.”    In brief, an “autocross” event must be: 1) a timed competition; 2) with drivers who navigate on a temporary course; 3) one at a time; and 3) marked by traffic cones (or other markers).

A “racing event,” on the other hand, is a more traditional race such as one hosted by the National Association for Stock Car Auto Racing (“NASCAR”).  A “racing event” is defined as the following:

• a motor vehicle race or exercise of driving skill;

• including the time before, during, and after the event;

• where all competing vehicles have been removed from the racing surface.

Although New Jersey elaborates on the various types of events that are covered under the law, including, but not limited to: motorcycle special events, go-kart racing events, and snowmobile racing events, the events most comparable to New York are detailed above.

How can you race in New Jersey?

The organizers of any sort of automobile race, in New Jersey, must file a license and be granted said license prior to the commencement of any race.  In addition to the license requirement for the participants racing, organizers must also secure a license for the track itself in which the race will occur.11    The procedures for filing for a license are relatively straight-forward in New Jersey.  An application must be submitted at least 90 days prior to the first day or racing and any renewal license must be submitted within 60 days of the expiration date of the prior-issued license.

A typical license for an automobile race shall include an:

• certified check or postal money order in the amount prescribed by the law as a license fee;

• certification from the building inspector of the municipality where the track is located . . . that he has inspected the spectator seats and found them safe to use;

• a sketch of the track and associated areas; and

Can we really take the driver out of the race car? The Indianapolis Motor Speedway (“IMS”) is venturing to find out.14  In partnership with the Energy Systems Network (“ESM”), the IMS will host a high-speed autonomous vehicle (“AV”) race on October 23, 2021.  AVs will brave the famed speedway’s 2.5-mile course in the hopes of winning a $1,000,000.00 prize.  The competition is open to universities around the globe to try and design the fastest vehicle, with the hopes of finding the magical software to further push AVs on highways and their normalization in the public eye.

Each and every year, States are legalizing AVs on public highways, and as the technology continues to develop, so will their use in the public.  In 2018, for instance, fifteen states enacted AV related bills.  Although the technology remains uncertain in New York, New Jersey introduced a bill in 2016 to take a step in the direction of legalization and Florida, for instance, already has a law on the books. Moreover, the United States Department of Transportation and the National Highway Traffic Safety Administration are constantly updating their rules and regulations for the use of AVs on public roadways.

However, NASCAR enthusiasts may not be open to such an idea, even though many states are undertaking efforts to push the boundaries of automobile technology.  Although the use of AVs in NASCAR does not seem likely in the very near future, there is still a chance that NASCAR fans experience this sooner than one would think.  NASCAR is just as much about the driver as it is about the cars so do not expect any radical changes anytime soon.

As recently as September of 2019, NASCAR has begun to expand its gambling initiative beginning with their annual playoff race.  NASCAR will look to focus on prop bets in particular, beginning with the 2020 season, with the hopes that this provides an incentive for the more casual fan to stick with the TV broadcast a bit longer, or even attends a race.

Long-time NASCAR driver and current broadcaster Jeff Gordon recently commented on the use of autonomous vehicles. Gordon stated that he sees a use for them in modern-day society. Whether it be in the transportation of cargo or even as a replacement for Uber drivers, we continue to see more and more use of these vehicles in our society. Will AVs ever make their way to the racecourse? Unlikely. However, it presents some of the unique issues facing the sport today as technology and society continue to develop.

NASCAR is one of the most popular sports in the world, but it has its regional challenges as its popularity is not as widespread as the major four: MLB, NFL, NBA, and NHL. However, the rise and widespread legalization of gambling, moves NASCAR to the forefront as more and more people have begun to take interest. For example, Barstool Sports (“Barstool”) and NASCAR, in 2020, agreed to an advertising partnership where Barstool would be a sponsor for the Daytona 500.23This is part of an effort on the part of Barstool to attract newer and younger audiences throughout the country.

From a legal perspective, as the States begin to legalize gambling on live sports, Illinois being the most recent as of the date of this article, it will be important to note how NASCAR uses these new initiatives to attract newer and younger audiences. As the country develops new and unique ways to consume sport, the auto racing community, alongside other sports communities, will need to do its part to keep up with the new laws, rules, and regulations that govern it as its development continues, including those in New York and New Jersey.