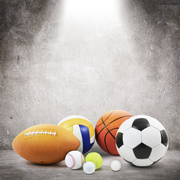 Boy did I love you.  Regional play with long-standing rivalries.  Home and away with conference games that did not burden athletes with the long travel that could, heaven forbid, impact studies, (and bowl games don’t count!).   Alas, that is fast becoming a memory as the Pac 12 (let alone Pac 10 or my beloved Pac 8) has an expiration date as UCLA and USC announced that as of ’24 they are both off to the Big Ten.  One can only surmise that the logistics and stresses of East Coast games are all worth the bigger payday for being a part of the Big Ten.  Cynical?  Absolutely.

The time has come.  The tipping point is now.  Not too long ago Northwestern football-player student-athletes tried to organize and were denied standing.  Fast forward to the head of the NLRB recently opining that indeed these similarly situated kids are employees! On top of that consider that we are just one year into NIL and people still cry about the wild west of it all.  But the money has flowed and, thankfully, to places that were unexpected.  The tribes are indeed gathering.

Mere months ago many people argued that the Power 5 would take over the top level of football, certainly, but recent news makes it more likely that we may have 2 super conferences, the Big 10 and the SEC.   Amateurism? Is the college space moving closer and closer to a minor league of professionals?  Have we moved on from the right to monetize one’s name, image, and likeness to simply paying the athletes (good night student-athlete)?  One year into NIL and the specter of pay-to-play seems to be casting its shadow over college athletics.

This far into my obituary I have yet to discuss the NCAA.  As the author of the honorarium student-athlete, where are they in all of this?  Where is the historic flex?  Clearly, Alston is another of those reality check cases that makes the launching of NIL seem like child’s play.  A judicial anti-trust flex that made reigning in NIL literally impossible.  Now the only national plan has to come from Congress.  Without any universal program, the potential for moving directly to “paydays” is here.  Dare I say, I rest my case.

Some say change is good.  I am often one of those folks.  But in the case of conference consolidation, I am not so sure.  Is there an answer?  Who knows, but having the two LA schools leaving the conference is a shock to the entire college athletics ecosystem, and it also has a potentially crushing effect on both the Pac 12 Conference and its own network as the media play has been severely damaged.   The loss of a media market the size of LA takes a big bite out of the rights package.

So, to my pals at Oklahoma and Texas, thanks for leading the way to the new world of college athletics, tradition be damned. Let the damn burst!