The New in NFL Renewals 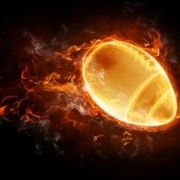 As we see more and more stories about the incumbent networks renewing NFL deals, I think we might ask some questions about what is or could be new in those deals.  Admittedly, for the first time since 1998, I am not in the room on negotiating one of those deals, but as I have read a variety of reports there is one word that has truly piqued my interest: Peacock.

For starters, Peacock is the OTT/DTC service from NBC.  Most articles that I have seen suggest that NBC has obtained the right to stream its Sunday Night Football games on this new service.  If that it true, it begs the question as to whether FOX, CBS, and ESPN will be gaining streaming rights in their new deals.  If so, this is the very special “new” in these renewals.

Historically, an NFL broadcast partner obtained platform-specific rights.  If you wanted to watch the NFL live you went to the CBS, NBC, and FOX affiliate or to ESPN for the only true cable viewing.  This is rooted in the old concept of the over-the-air transmission (OTA) on which deals have historically been based. Suddenly (okay, it’s taken 60 years!) it appears that the broadcasters may be gaining the right to deploy the game signal on more than one platform.  Why is this such a big deal?  Because it gets into the real business of contemporary broadcasting.

When the national NFL rights began to be sold in around 1964 (and keep in mind there were separate deals for the NFL and the AFL as the merger was still years away), not only did such rights relate to television (remember, it was the only visual distribution platform), but regardless of sellouts, the local game was blacked-out.  So, if the LA Rams had a game, and it was sold out, you still could not watch it within a radius of 75 miles!  Over the past fifty-plus years things have changed, first with the broadcasters obtaining retransmission consent to get the signal to cable companies, later with Red Zone and Sunday ticket, and most recently with the lifting of the local blackout rules (clearly, the gate did not hold the power, the TV money took control of that).

And now Peacock enters the fray, which tells us that the NFL had to address the cord-cutting and the more problematic cord-nerves that might cut into the audience share that drives the fees paid by the networks.  If Peacock actually obtained the rights to distribute the Sunday Night game, then a consumer no longer needs to buy a cable subscription to watch games because that consumer can subscribe to Peacock to get those games.  This is not about buying individual games, but rather buying an entire service that has as part of its programming NBC’s NFL games.  In this case, NBC wins because:  1) it maintains NFL rights; 2) in a world of losing cable subscribers, it has a product that can be purchased to watch the games; 3) and, its parent company, Comcast, has the ability to offset its cable subscriber loses while growing its ISP business through its Peacock platform.

There are a wealth of issues to be resolved, but having access to the highest-rated programming on a direct-to-consumer model is a game-changer.