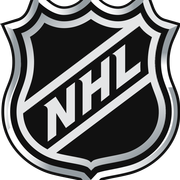 Former National Hockey League (NHL) players’ efforts to reach a lucrative, global settlement with their league over concussion injury concerns—akin to the one agreed to by the NFL and its players—took a crushing blow on July 13, as the players’ bid for class certification was denied by federal judge Susan Nelson.

The litigation began in 2014 as players began to file complaints against the league for allegedly knowing of the deleterious effects of concussive and sub-concussive blows to the head, yet continuing to “develop[] and promote[] a culture of gratuitous violence” in the league. The league’s lack of action and education on concussion issues, the players claimed, left many with significant neurological injuries, including cognitive deficits and psychosocial disturbances.

After the various cases were consolidated into a multi-district litigation (MDL) before Judge Nelson in late 2014, the NHL moved for dismissal on various grounds. The players’ claims survived much of the dismissal attempts, including arguments that the Labor Management Relations Act (LMRA) preempted their claims against the league.

Contemporaneously, the players moved to certify a class so the suits could move forward as a single action. As with most mass tort claims, class certification was critical to the overall success of the players’ cases. With a class, the players could proceed collectively under the direction of a class counsel and headed by class representatives—instead of litigating their claims on a case-by-case basis (an ineffective and judicially inefficient strategy). That is the strategy former National Football League players used in their legal battles against the league concerning similar concussion claims. Following class certification in that matter, the parties settled their claims. Though the settlement process has thus far been fraught with controversy, the NFL is expected to disburse more than $1 billion to compensate players for the neurological injuries they claimed they sustained during their playing careers.

The NHL players and their attorneys were certainly hoping for a similar outcome, but first had to navigate the “class cert” hurdle (although certification of a class is not necessarily to reach a settlement, class claims would give the players for greater leverage to negotiate resolution). Judge Nelson rejected those attempts in a 46-page order filed July 13.

Judge Nelson—originally appointed a U.S. magistrate judge in 2000 by President Clinton and later elevated to district judge by President Obama in 2010—begins her order discussing the player’s claims, demands, the backgrounds of the proposed class representatives, and the NHL’s response. There are several notable points outlined in these opening sections:

The order then outlines the two classes proposed by the plaintiffs:

(a) Prerequisites. One or more members of a class may sue or be sued as representative parties on behalf of all members only if:

(b) Types of Class Actions. A class action may be maintained if Rule 23(a) is satisfied and if:

The players argued Rule 23(b)(2) applied to their claims; the NHL asserted Rule 23(b)(3) was most appropriate. Judge Nelson sided with the league, electing to analyze the players’ bid for certification under Rule 23(b)(3) since “the relief that they seek—medical monitoring—is predominantly monetary in nature, not declaratory or injunctive.”

Under 23(b)(3), the court must determine whether (1) questions of law or fact common to class members predominate over any questions affecting only individual members and (2) that a class action is superior to other available methods for fairly and efficiently adjudicating the controversy. In deciding the first issue, Judge Nelson elected not to uniformly apply New York tort law to the players’ claims, deciding instead that the law of “the place where each class member lived and played during most of his career, or, for players whose career was not focused on a particular team, where they now live in retirement[]” should govern. In reaching that conclusion, Nelson cited favorably a case discussing similar choice-of-law issues in the context of NFL players; that case held that for players who “played in various locations, for teams located throughout the United States, it is likely that they would have expected that the vindication of their . . . rights would be subject to the law where their team was located or where they themselves lived.”

The order then turns to the issue of medical monitoring and whether there existed common questions of law on that issue. After reviewing a wide swathe of cases, Judge Nelson found there was not. For example, medical monitoring claims brought under New York law would be required to show present injury, whereas a California plaintiff would not. And courts in several states had never before considered medical monitoring issues, which another court deciding a similar class certification issue said would “force [the] Court into the undesirable position of attempting to predict how their courts of last resort would resolve [the medical monitoring] issue[.]”

Though the players asserted Minnesota law should apply to their medical monitoring claims, Judge Nelson concluded that “[m]edical monitoring law in other jurisdictions…is greatly varied, resulting in significant outcome-determinative conflicts between Minnesota law and the other forty-nine states, the District of Columbia, and the Canadian provinces.” This, coupled with the order’s earlier finding that the law of the jurisdiction in which players worked or currently live should apply, lead Nelson to the determination that “individualized legal issues will substantially predominate over common legal issues in this litigation.”

For these reasons, the players did not sustain their burden under Rule 23(b)(3), rendering any discussion of the Rule 23(a) factors moot.

In the aftermath of the class certification defeat, lawyers for the players have vowed to press on with claims on a case-by-case basis (it is unclear if Judge Nelson’s order will be appealed). Although some former NHLers may recover medical monitoring benefits and possible monetary damages in individual litigation, those cases will consume significant time and resources for those players attorneys, who may be deterred from taking on such cases due to the uncertain outcomes based on differing state laws. Attorneys may also shy away from all but the most serious cases, leaving those players who have latent injuries left to wait until their underlying trauma manifests itself in serious, and perhaps fatal, ways to seek relief. Nonetheless, it appears the NHL will still grapple with concussion claims—though not on the scale it once faced.