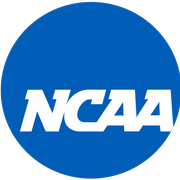 Sports betting legalization has not been the only sports-related topic on the minds of the state legislators in 2019. Three states—California, Maryland, and Washington—have introduced legislation that would dramatically expand the economic and labor rights of college athletes and potentially bring schools in those states into significant conflict with National College Athletic Association (NCAA) rules. These bills come at a time of great unrest in collegiate athletics; the federal government’s investigation of recruiting practices in men’s college basketball have illuminated the market for player talent that the NCAA’s amateurism regime forces underground, while the antitrust suit proceeding against the NCAA has the potential to undo those same amateurism rules. This post discusses the pending legislation, its potential impact on the athletes within the three states, and wider effect the legislation may have on the NCAA’s relationships with member institutions in California, Maryland, and Washington.

California, which already boasts the nation’s strongest laws protecting college athletes, is poised to bolster those regulations with SB 206, entitled the “Fair Pay to Play Act.” Introduced by state senator Nancy Skinner, SB 206 would prevent California’s public universities (both 2-year and 4-year schools) from enforcing rules that cause an athlete’s eligibility to be compromised by “earning compensation as a result of the use of the student’s name, image, or likeness.” SB 206 makes clear that “[e]arning compensation from the use of a student’s name, image, or likeness shall not affect the student’s scholarship eligibility.” The bill explicitly prohibits the NCAA from barring athletes at California public colleges and universities from competition if they “earn[ed] compensation as a result of the use of the [athlete’s] name, image, or likeness.” But the bill’s language is broad enough to bar enforcement actions by other collegiate athletic organizations, including the NAIA and the California Community Colleges Athletic Association (CCCAA).

“College athletes have been exploited by a deeply unfair system,” Skinner said in early February. “The NCAA, the universities, the media, they’ve made billions of dollars on the talent of athletes, while the athletes have not received anything.” Skinner added that her bill would “help level the playing field by allowing college athletes to sign sponsorship deals much like Olympic athletes are now allowed to.”

“This is more than a sports issue, Skinner’s co-sponsor, state senator Steven Bradford, said. “This is a civil rights issue about basic fairness.”

Of the several things to note about SB 206, one is that it is only the latest in a line of bills in California that have proposed various protections for college athletes. The first, dubbed the “Student Athlete Bill of Rights,” was passed in 2012. That legislation, which exempted schools “receiv[ing], as an average, less than ten million dollars ($10,000,000) in annual income derived from media rights for intercollegiate athletics” (meaning the law applied only to Stanford, Cal, USC, and UCLA), required schools to provide financial and life skills programming for athletes, respond to transfer requests within 7 days, and not count temporary leaves of absence against the athlete’s five-year eligibility clock, amongst other protections. Schools were also required to pay athletes’ insurance deductibles for any sport-related injury and provide medical treatment for sport-related injuries for at least two years following the athlete’s graduation or “separation” from the school. Subsequent attempts to amend the Student Athlete Bill of Rights to create a grievance system for California’s college athletes and prevent retaliation by schools against athletes who filed such grievances were introduced in 2017 (AB 1435) and 2018 (AB 2220 and AB 2747) but were not passed. These legislative efforts were driven in part by the advocacy of former UCLA football player Ramogi Huma, who helped spearhead Northwestern football players’ drive to unionize in 2014.

SB 206 also has far wider scope than the Student Athlete Bill of Rights, which, as of now, only applies to Pac-12 conference members in California. The Fair Pay to Play Act, on the other hand, applies to “any campus of the University of California, the California State University, or the California Community Colleges”—a group encompassing well over 100 schools across three collegiate athletic associations (NCAA, NAIA, and CCCAA). If passed, SB 206 would create a complicated compliance landscape for California schools, each of which would have to determine how to comply with state law without running afoul of their athletic association’s regulations.

Finally, SB 206 is only one front of California’s quasi-war against the NCAA. In 2018, a Los Angeles County Superior Court found the NCAA’s “show-cause” penalties violated the state’s competition laws; the case is currently on appeal. Couple these issues with the NCAA’s antitrust troubles in the California federal courts and it is easy to see why the Golden State has caused particular trouble for the NCAA in recent years.

If enacted, SB 206 would place California’s public universities in a confounding position, and would basically force a choice between complying with state law and adherence to the amateurism regulations promulgated by their athletic association. Unless a compromise can be brokered, schools would face whatever consequences the state imposed from non-compliance with the law (perhaps including loss of funding) or punishment from their athletic association (possibly banishment). It would also prohibit those athletic associations from declaring California athletes who accepted money or other benefits in exchange for the use of their names, images, and likenesses ineligible, upsetting the uniformity of rules application and possibly giving California schools an advantage in recruiting.

Of course, these serious consequences hinge on SB 206’s enactment, which, even in a deep blue state like California, is not a lock given the failures of similar legislation over the past several years.

In Maryland, HB 548 would require the state’s Higher Education Labor Relations Board adopt, by July 1, 2020, “regulations authorizing and establishing the process for collective bargaining for student athletes.” The “collective bargaining” process would require “good faith negotiations” over “scholarship terms, health insurance benefits, use of a student-athlete’s name, image, or likeness, the establishment of an independent student athlete advocate” and generally “clarifying the terms and conditions of being a student athlete.”

Brooke Lierman, a co-sponsor of HB 548 and a former college athlete at Dartmouth, indicated that the legislation is being introduced largely in reaction to the Jordan McNair tragedy: “[I]f the university is not going to correct the situation, then I think it’s up to state legislatures to step in and to say, ‘This is not acceptable. These are Marylanders. These are our kids. We need to be taking better care of them.’” Ultimately, Lierman said, the bill is about “correct[ing] the balance of power between the universities and the athletes.” She also drew parallels to legislative efforts to give graduate students collective bargaining rights, arguing that athletes could use the negotiations to “establish protections on scholarship terms [and] on health benefits[.]”

On its face, there is nothing in HB 548 that would run afoul of NCAA regulations. However, the ultimate terms reached via the bargaining process—which, according to the bill, must be reduced to writing—may controvert NCAA bylaws concerning amateurism and benefits generally available to athletes, something schools would be acutely aware of during any negotiation.

Although HB 548 would not technically create an athletes’ union, it would compel schools to bargain with players over the terms and conditions of their participation, which is essentially what the Northwestern football players sought in their unionization push in the 2013 and 2014. The results of that bargaining—or if it will even occur—are anyone’s guess, but if a change in the balance of power is the goal, this process appears well-suited to achieve it.

Washington state representative Drew Stokesbary, once firmly against the idea of compensating college athletes, introduced HB 1084 in early January. “[I]ntentionally very open-ended and permissive,” HB 1084 would allow in-state college athletes to “[r]eceive compensation for services actually provided, including, but not limited to, payment for the use of the student's name, image, or likeness, as long as the compensation is commensurate with the market value of the services provided” and safeguard those athletes from disciplinary action. The bill also prohibits regulatory bodies like the NCAA from disciplining a Washington state school based on the school’s inability to sanction athletes who received the compensation described above. Failure to adhere to the bill’s provisions would constitute a violation of the Washington’s laws prohibiting unfair and deceptive trade and competition practices.

Stokesbary envisions boosters and shoe and apparel manufacturers being able to compensate athletes—something he says would actually encourage college players to remain in school longer.

Similar to SB 206 in California, HB 1084 would put Washington’s colleges and universities in the unenviable spot of being forced to decide between compliance with state law and athletic association regulations. Stokesbary acknowledged the schools’ “awkward situation”: “They are between a rock and a hard place. They want to be competitive and support students, but the NCAA has a lot of power.”

A Washington State University representative has said that, even if HB 1084 is passed, “we will still have to follow all conference and NCAA rules.” But that necessarily implies flouting state law, unless a compromise can be reached.