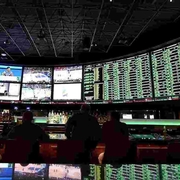 Most states’ legislative sessions began in January, and local lawmakers have been introducing sports-related bills at a rapid pace over that time. Although the majority have been proposals to authorize sports wagering—a trend driven by the Supreme Court’s decision on May 2018 to strike down the Professional and Amateur Sports Protection Act—others have focused on college athletes’ rights and government management of scholastic (high school) sports. This post canvasses six of the sports betting bills. A subsequent blog post will address the legislation concerning college athletes’ rights and other sports-related legislation.

Since the beginning of the year, 28 states have introduced legislation relating to sports gambling. Those bills range from legislative studies to expansion of state lotteries to include sports wagering to limited legalization on tribal lands. Six states’ legislative efforts to legalize or expand sports gambling are summarized here:

With limited exceptions, only Arizona’s Indian tribes are currently permitted to conduct gambling operations. SB 1158, introduced by three Republican state legislators, would allow the Indian tribes to hold a similar monopoly on sports wagering. Only tribes that currently have a gambling compact with the state and that are headquartered in Arizona would be permitted to offer sports wagering. SB 1158 also gives the state’s Department of Gaming broad authority to “adopt rules to carry out the purposes of” the bill.

SB 1158’s definition of “sports betting” also “does not include wagering on sporting events that is prohibited by the [NCAA].” NCAA Bylaw 10.3 bars “Staff members of an institution’s athletics department,” “Nonathletics department staff members who have responsibilities within or over the athletics department (e.g., chancellor or president, faculty athletics representative, individual to whom athletics reports),” “Staff members of a conference office” and “Student-athletes” from “knowingly participat[ing] in sports wagering activities or provide information to individuals involved in or associated with any type of sports wagering activities concerning intercollegiate, amateur or professional athletics competition[.]” Ostensibly, this means that Arizona’s tribes are not permitted to allow any of those four classes of individuals from placing wagers at their facilities—though this requirement seems exceedingly difficult to apply and enforce.

Finally, SB 1158 caps the total tax liability for the “adjusted gross receipts” of sports betting to 6.75 percent. Projected tax revenue ranges from just under $500,000 on the low end to $2,300,000 on the high end. The law would be operative immediately if passed.

Maryland’s HB 1132 would require the state’s lottery to “conduct a sports wagering operation[.]” Sports wagering operations would require a license granted by the State Lottery and Gaming Control Commission (“Commission”); current “video lottery operator[s]” and “horse racing licensee[s]” would apply to the agency for a license and pay “an initial license fee of $300,000.” The licenses would require yearly renewals at $50,000 per renewal. There is no express limit on the types of wagers that could be placed, but the law defines “sporting event” as “a contest, an event, a game, or a match between individuals or teams sponsored by a professional league or an association or hosted by a college, university, or college- or university-sponsored athletic association.” Persons under 21 would be barred from making wagers.

HB 1132 provides a detailed plain for the disbursal of revenues generated from the initial licensing/renewal fees and the sports gaming operations themselves. Of the initial and renewal licensing fees, 10 percent would go to the state’s Problem Gambling Fund; 10 percent to “local impact grants”; and 80 percent to the state’s “Education Trust Fund.” The sports wagering licensees themselves would only keep 20 percent of the “gross receipts from sports wagering operations,” with the remainder going to the Education Trust Fund.

If enacted, the Maryland law would go into effect in July 2019.

Rhode Island previously legalized sports gambling in 2018. But that legalization was limited to on-ground casino operations (it also barred wagers on college sporting events occurring in Rhode Island and on any Rhode Island college or university “regardless of the where the event takes place”). SB 37, introduced January 16, would expand the state’s sports gambling regime to include online betting—but only from persons “physically present in the state of Rhode Island at the time of the wager.” In order to determine the bettor’s location, SB 37 requires any “server-based gaming system” to “employ a mechanism to detect the physical location of a player when the player logs onto the system[.]” “If the system detects that the physical location of the patron is in an area outside the state of Rhode Island,” the proposed bill reads, “the system shall not accept that patron's wagers until such time as the patron is in the state of Rhode Island.” Bettors who desired to place wagers from their mobile devices would be required to “establish[] an online gaming account in person on the premises of a hosting facility.” Other aspects of the state’s regulatory regime for sports betting, including the amount of revenue disbursed to the state and the “host facilities,” would remain unchanged.

In South Dakota, Senate Joint Resolution 2 would authorize a voter referendum on the state’s current prohibition on “authoriz[ing] any game of chance, lottery, or gift enterprise, under any pretense, or for any purpose whatever provided[.]” If passed and enacted, the referendum would be placed before South Dakotans in 2020 and, if approved then, would allow the state legislature to “authorize…wagering on sporting events[.]” But the state’s governor has already indicated her opposition to the bill, meaning that the state’s legislature would have to amass a two-thirds majority of both houses to put the referendum to the voters. Joint Resolution 2 does not include any details on what a regulatory scheme for sports gambling in the state might look like, and as of now those details would not likely be hashed out until the state’s 2021 legislative session (if at all).

HB 1275 is a wide-ranging bill that would legalize on-ground and mobile betting operations in Texas. The state’s Commission on Licensing and Regulation would be empowered to “operate a sports betting program…that allows applicants to apply for permits to engage in sports betting operations in this state.” The application process is not limited to certain existing license-holders in the state but the law requires the putative licensee to provide information on their “background in sports betting”; “experience in wagering activities in this state and other jurisdictions, including the applicant’s history and reputation of operational integrity and regulatory compliance”; and the “applicant’s proposed internal controls, including controls to ensure that an individual who is excluded from participating in sports betting does not participate in sports betting,” amongst other information. Interesting, HB 1275 only allows the issuance of five sports wagering permits state-wide. If there are more than five applicants, the law directs the Executive Director of Texas’ Department of Licensing and Regulation to choose the five that will “perform the duties of a permit holder” and “maximize revenue to this state.” Given Texas’ population and known affinity for sports, it is certainly possible that more than five applicants will seek a sports wagering license, the state’s decision on how to disburse the limited licenses could engender litigation.

Like the Rhode Island law, HB 1275 would require sports betting licensees to ensure that “only individuals physically located in this state…place bets through the permit holder’s [online or mobile] sports betting platform.”

An initial sports wagering license in Texas would cost $250,000, would a $200,000 renewal owed every three years thereafter. A 6.25 percent tax would be assessed on each bet, which would be “collected by the permit holder at the time the bet is placed” and remitted to the Department of Licensing and Regulation on a monthly basis.

HB 1275 also contains a number of restrictions on the type of bets and bars certain persons from betting. Licensee and bettors who accept/make bets on events involving college sports teams from Texas (public or private) are subject to penalties, as are licensees who “accept or redeem” bets from persons under the age of 21. Likewise, all of the following persons are prohibited from placing sports bets:

Again, this final category would be especially difficult to police, especially for team employees who are not well-known.

Although sports gambling and Texas seems like a match made in heaven, legislators are lukewarm on the prospects for legalization in the state.

In Vermont, S.59 would create a “Sports Betting Study Committee” to provide a recommendation on “whether and how to tax and regulate sports betting in Vermont.” The bill projects that Vermont “could generate from $1.1 million to $4.2 million in gaming revenue taxes.” The five-person Committee will assess a number of factors, including  “laws enacted by other states to legalize, tax, and regulate sports betting”; “potential models for legalizing and regulating online sports betting, including any advantages or drawbacks to each model”; and “potential restrictions or limitations on the types of sports that may be bet on.” The Committee will prepare and deliver a written report by December 15, 2019 “with its findings and any recommendations for legislative action.”