The Media and NIL 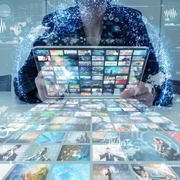 As we read about the flurry of collegiate NIL proposals, whether from California that lead with the first legislation, (and which is currently being revised), or Florida that will, in theory, be the first law to actually go into defect, or various forms of proposed NCAA or national legislation, the impact on the broadcasters gets almost no attention.  As the majority of collegiate sports content is consumed via media, it seems that very little has been discussed about how NIL legislation may impact the broadcaster.

Looking back on the impact of the O’Bannon v. NCAA (“O’Bannon”) case and its progeny, television networks found that they could no longer promote games with the use of archival footage.  It had been standard practice to use classic game footage to draw in viewers, but since O’Bannon that practice, absent seeking the individual clearance of any and all players featured in such promotional content, stopped.  Currently, active players, from current games is what the networks have to promote viewership, and for creating other ancillary content.
The distinguishing factor between professional sports and collegiate sports with regard to the use of archival footage can be found in the most basic foundations of labor law and the National Labor Relations Act (“NLRA”), that is, the right to organize.  When the players in the professional leagues organized under the NLRA many things in addition to basic working conditions were the subject of negotiations.  One of those bargained-for items concerned the name, image and likeness rights of the players, and as with any such bargain, a compensation rubric developed.  This allowed the leagues to pass along the rights to their respective broadcast partners to use players’ images (generally only in groups, not focused on one player) both to promote upcoming games, but probably more importantly, for use in shoulder programming, that is, pre and post-game shows.  It allowed producers to build features and highlight packages without the need to clear every player shown in the footage to be used.

In 2015, players on the Northwestern University football team sought to organize under the NLRA.  The National Labor Relations Board (“NLRB”) dismissed a petition by Northwestern football players who were seeking to unionize, asserting that they were university employees and should be allowed to collectively bargain. In a unanimous decision, the NLRB declined to exert its jurisdiction in the case. Interestingly, the NLRB did not rule directly on the central question in the case, that is, whether the players, who spend long hours on football and help generate millions of dollars for the school, were university employees. Rather, it found what I still find to be a strange policy decision in commenting on the novelty of the petition and that allowing the Northwestern players to organize would not have promoted stability in labor relations.  Was that really what was at play or was it another effort to continue the myth of the student-athlete?

So where do NIL and NLRA meet?  If the students are granted NIL rights, then absent some sort of the group licensing apparatus that players’ unions in the professional space have adopted as part of bargained-for rights, this could signal the end of promotional content and or features in shoulder programming, as the cost, both in terms of time and expense would dramatically impact the broadcasters’ businesses.  Would this conundrum allow for a new petition to the NLRB that might not receive such short shrift?  Could college athletes finally earn more than the cost of tuition?  Might the right to organize undermine the control exerted by the NCAA?  These are all questions worth considering as the thread on the sweater is slowly being pulled.