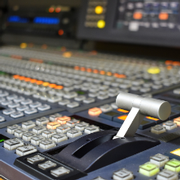 Now that all of the NFL broadcast deals have been reported finalized, other than further filling the coffers of the NFL, what are the takeaways?

As for the incumbents who, other than ESPN, paid double the rights fee of the previous deals, it supports the argument I have been making for some time that without the NFL those linear networks would not likely survive.  Is this another Chicken Little cry?  Absolutely not!  Because the NFL is largely viewed on a live, real-time basis, it remains, like much of sports, appointment viewing.  Without that appointment viewing the linear networks would not be able to reach the potential audience to promote all of its day and time programming.  In an on-demand world brought to us by all of the direct-to-consumer (DTC) streaming services, appointment viewing for programming has declined dramatically.  To maintain the audience, even with the availability of seeing programming of network websites after the initial airing, the networks need to maintain relevance, which but for sports would be hard to justify.

The bigger questions surround the exclusive, of sorts, rights that Amazon obtained in securing the Thursday night package.  First of all, if only the home team markets will have the games available via local television outlets, and given the limitations on the number of concurrent streams that can be delivered in a stable environment, and with reports that the NFL Network will not be broadcasting all of the Thursday games, what guaranty is there that Amazon will be able to deliver a stable stream if the audience is above the current 5 million stream threshold?  Secondly, Amazon's rights have been derivative, that is, they have taken the feed from broadcasters (most recently FOX), which included the entire production talent, from on-air play-by-play to facilities to graphics, which, in turn, begs the question of what happens now?  Does Amazon need to get into the live sports production business?  Will they hire a FOX or a CBS, for example, as a production services vendor?  Will Amazon create its own on-air talent and production facilities or will it “borrow” from the incumbent broadcast teams?

When I first started in the industry in the late 1990’s, during my first NFL production seminar, David Hill told those of us in the room that in 10 years all of the leagues would have their own channels and we would be in the production service business.  Well, he was right on the channel's prediction, but maybe his thoughts on production services will take a bit longer.  This Amazon deal might be the start of the future that he saw.  More importantly, I would argue that the folks at Amazon have looked to Mr. Murdoch for an example of how to expand one’s network. In much the same way that FOX shocked the world in getting those NFL rights in 1994, it helped to turn a mini-network into a major network, drawing in affiliates who saw the value in being part of a network with the highest rated programming in any day to promote both a network and local channels. Amazon now has a vehicle to not only promote its Prime offerings but how long before the consumer can one-click during a game to getting that jersey seen during the game.

Predictions?  I’m no David Hill, but as soon as the broadband pipeline can deliver a stable streaming Super Bowl, the letters, CBS, NBC, ABC and FOX will be replaced by DTC.