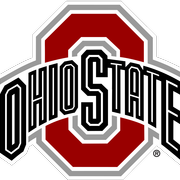 In the wake of the Larry Nassar scandal that involved both Olympic athletes and athletes affiliated with Michigan State Uniersity, more sexual abuse complaints are being levied at a university physician.

Dr. Richard Strauss, who for nearly two decades was a team doctor in Ohio State’s (OSU) athletics department, is alleged in two lawsuits filed earlier this month to have sexually harassed numerous male athletes in a variety of sports. According to one of the complaints, “Strauss used his position of authority to require [OSU students] to fully disrobe for no reasonable medical purpose, engage in touching, fondling and groping of [OSU students’] genitals, engage in nonconsensual sexual touching and fondling of genital region for the purpose of sexual arousal, sexual gratification, and/or sexual abuse.” This post will discuss that suit, filed in Ohio federal district court on July 17.

Plaintiff, who filed under the pseudonym John Doe, seeks to represent all individuals examined by Strauss at Ohio State (a number that could reach into the thousands). He wrestled at Ohio State from 1982 to 1984, when he says Strauss examined him at least 20 times. “During each visit,” the Complaint reads, “[John Doe] was subjected to sexual harassment and inappropriate touching during examinations, including regularly touching [Doe’s] genitals and breast areas, often at the same time and regularly measuring [Doe’s] scrotum.” Doe also describes instances where Strauss examined wrestlers’ genitals for no medically legitimate reason and relays a story of one wrestler considering whether to seek medical treatment for fear of being “molested”. Not long after Strauss began working in the athletic department in the 1970s, the Complaint claims “OSU began receiving reports from its students and employees regarding concerns about Strauss’ conduct,” but took no ameliorative action. An assistant wrestling coach during Strauss’s time at OSU—current Ohio Congressman Jim Jordan—is said to have been “aware of Strauss’ abuse but…concealed it” (Jordan is not named as a defendant in the suit). A hearing involving Strauss’s conduct supposedly occurred in 1997, but nothing ever came of it at the time, except that Strauss stopped working for OSU’s Student Health Services department in August 1996 and officially retired from (and assumed emeritus status with) the University on July 1, 1998.

Much like recent episodes at Penn State and Michigan State, Doe alleges “OSU kept the complaints [against Strauss] secret to avoid negative publicity[.]” It was not until April 2018 “that OSU finally publicly acknowledged it had received several allegations of sexual misconduct by Strauss,” the Complaint says, with the University then bringing in outside counsel to conduct an investigation.

As of July 17, athletes from 14 different sport programs at OSU had reported misconduct committed by Strauss.

The Complaint argues its proposed class should be certified because it meets the requirements of Federal Rule of Civil Procedure 23(b)(3), which allows for class certification if “the court finds that the questions of law or fact common to class members predominate over any questions affecting only individual members, and that a class action is superior to other available methods for fairly and efficiently adjudicating the controversy.” Doe asserts that legal questions concerning the University and other defendants’ Title IX and tort liability are common to all the affected students, as is the type of conduct to which they were subject.

Eight causes of action are set forth:

Doe claims OSU and the other unnamed defendants were “deliberately indifferent” to Strauss’s conduct, which included “sexual harassment, abuse and molestation[.]” Despite having “actual notice” of Strauss’s misdeeds, the Complaint says, the University “ignored the sexual abuse” and permitted the doctor to continue in his role treating students. The harm to those examined by Strauss was substantial, and includes “great pain of mind and body, shock, emotional distress, physical manifestations of emotional distress, embarrassment, loss of self-esteem, disgrace, humiliation, and loss of enjoyment of life”; impaired ability to perform instrumental activities of daily living; and past, present, and future economic losses.

Strauss’s “treatment,” Doe asserts, was highly invasive and encroached on the students’ “solitude, seclusion or private affairs and concerns by photographing them, and by providing treatment and/or care without authorization or consent.” The University is ultimately liable for this conduct, the Complaint claims.

Here, the Complaint argues that Strauss, under the aegis of OSU, committed a number of sexually inappropriate acts against the students he examined. These include: “sexual advances, solicitations, requests, demands for sexual compliance of a hostile nature” and direct physical acts such as “groping and fondling [students’] genitals[.]” The students could not avoid Strauss’s behavior, Doe argues, because he was the only physician made available to athletes. And consent was impossible given the doctor’s “age and position of authority[.]” Doe connects Strauss’s behavior back to OSU using the legal principle of corporate personhood, meaning the University can be “held liable under…for the acts of its employees.”

Doe appears to suggest OSU had a heightened duty of care—what the Complaint calls “special duties”—to its “vulnerable medical patients and young students.” Nevertheless, the University willingly delegated medical care of its students to Strauss, who it “knew and/or should have known…had and was capable of sexually, physically, and mentally abusing and harassing Plaintiff or other victims.” The resulting harm, as outlined elsewhere in the Complaint, was extensive.

The fifth cause of action takes the fourth a step further, alleging that OSU’s failure to take any remedial action regarding the doctor’s known behaviors “was so reckless as to demonstrate a substantial lack of concern for whether an injury would result to” the students under his care.

OSU, the Complaint argues, was obligated to both “protect, supervise, and monitor both the [students] from being preyed upon by sexual predators” and “to supervise and monitor Strauss such that he would not be placed in seclusion with vulnerable medical patients[.]” The University allegedly did neither, permitting Strauss to treat students for years after it first was presented reports of his sexual deviancy. The oversight of University physicians such as Strauss was reportedly nonexistent, allowing an accountability-free culture of willful ignorance and abuse to flourish.

Allowing Strauss to remain on campus and around students was negligent, Doe claims. Because no “reasonable system or procedure to investigate, supervise and monitor its physicians and healthcare professionals” was in effect at the time of Strauss’s employment, he was retained and continued his sexual acts for nearly 20 years.

Given Strauss’s “propensities and unfitness,” Doe says was obligated to “properly warn[], train[] or educat[e] [students] about how to avoid” the risks his behaviors posed. None was ever provided, according to the Complaint.

Considering the posture of Michigan State and Penn State on the claims of sexual abuse brought against persons affiliated with their athletics departments in recent years, it seems likely Ohio State will attempt to settle the claims against it. Proceeding to trial could be public relations nightmare for the University, which would at that point be engaged in a legal fight with its former students and, simultaneously, facing the possibility of damning, damaging discovery being widely disseminated. Plaintiff Doe and the putative class are almost certainly angling for a settlement, too, as holding OSU legally liable for the actions of Strauss (who died in 2005) could become complicated. Given the pace at which Michigan State moved to settle with those claiming abuse at the hands of Larry Nassar, it may not be long until Ohio State does the same with Strauss’s alleged victims.