There's a Storm Brewing in Baseball 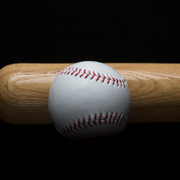 There is a storm brewing in baseball and the current pandemic is exacerbating the situation. The current collective bargaining agreement (CBA) between Major League Baseball (MLB) and the Major League Baseball Players Association (MLBPA) was finalized on November 30, 2016, and is scheduled to expire on December 1, 2021. Typically, both sides would be preparing for these negotiations—posturing at first, addressing the less important items second, and then threatening over the more critical features—money, money, money. However, current conditions indicate that the 2022 baseball season is in jeopardy.

The 2020 season was thrown a Sandy Koufax Hall of Fame level curveball as COVID arrived forcing spring training to shut down on March 12. While other leagues and players’ associations were able to navigate the new reality and begin play by working together and developing protocols and bubbles, baseball was uniquely inept at doing so, further self-inflicting damage to the sport. And doing so, cost everyone from players to owners to fans and the end result was a depleted 60 game schedule and a revenue loss somewhere between $3 and $4 billion.

Bubbling below the issues that the pandemic brought were further blemishes on the sport—the cheating scandal by the Houston Astros, Hall of Fame voting for steroid users, and most importantly, the fight between MLB and the minor leagues (MiLB). The Professional Baseball Agreement (PBA), the contract between MLB and minor league teams, expired in September of 2020 as both sides bickered. MLB wants to “reorganize” MiLB meaning closing about 40 teams around the country. And second, there is the fight over wages as the United States Supreme Court recently allowed a class-action lawsuit to proceed from minor league baseball players who allege they are being paid less than the minimum wage.

As always, the conflict is about money. With revenue from 2020 down significantly, the 2021 season is being threatened. With spring training unlikely to begin on time, tension over the regular season is growing as we prepare for another interrupted season. In general, the players want a 162-game schedule to maximize their salaries but the owners, hemorrhaging money from empty stadiums, are in favor of a reduced schedule. With 97 players scheduled to earn more than $10 million in the 2021 season, each game missed has a significant impact. And this fiscal reality serves as the quicksand on which CBA negotiations will be based.

Baseball will have a season, truncated as it may be, in 2021. Whether a 2022 season will be played may depend less upon vaccines and science and more about MLB and MLBPA finding a common ground.