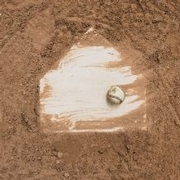 This is Not a New Challenge

In 1991, the National Football League pulled the 1993 Super Bowl from Arizona over that state’s failure to make Martin Luther King, Jr, Day an official state holiday. As the NFL’s Assistant League Counsel and Director of Equal Employment at that time, I joined Commissioner Paul Tagliabue in meetings with Coretta Scott King, John Lewis, and other congressional leaders to discuss an appropriate action by the NFL in response to Arizona’s failure to fully recognize Martin Luther King, Jr. Day. Though there was broad support for relocating the Super Bowl, I recommended that the NFL keep the Super Bowl in Arizona if the Arizona Super Bowl Host Committee and companies and businesses that would profit from the Super Bowl make a substantial commitment ($xx million) to endow Chairs in African American Studies at Arizona State University and the University of Arizona. Symbolic protests and boycotts have historically been the primary tool to advance and promote civil rights and race relations, but MLB’s boycott of Georgia is the 1990s solution to a 2021 problem.

Racists have Run this Play Before

Georgia’s new voter laws are yet another attempt in a long history of white America using laws to put Black and Brown people “in their place” and preserve a predominantly white male power structure. Just as racists lost the civil war and used Jim Crow to soften the impact of their defeat, they lost the electoral battle in 2020 and seek to soften the blow by enacting new Jim Crow laws. The most vicious acts of racism historically follow public proof of racists’ substantive inadequacies. They cheat to preserve power when their intellect, talent, and skills are unable to provide the stature to which they inexplicably believe they are entitled, despite demonstrable displays of inadequacies like losing a war and federal and statewide elections. The fact that we are still confronting vicious ignorance in 2021 is the most compelling evidence that yesterday’s “solutions” were ineffective.

Though I do not doubt the good faith of MLB Commissioner Rob Manfred and MLB Player Association Executive Director, Tony Clark, a more granular, direct, and dynamic response would provide Stacey Abrams with funding and a platform to expand her effective New Georgia Project and Fair Fight initiatives, invite the brilliant Morehouse Professor, Dr. David Rice, to give Major League Baseball club owners and executives an overview on the history of activism in civil rights and race relations in America, and would confront Governor Brian Kemp and his fellow bigots with the promise of a coordinated and well-funded opposition to their re-election if the restrictive voter laws are not repealed before the run for elective office again.

The new segregationists are running the same plays as their forbearers ran in Reconstruction to pave the way for Jim Crow and the associated domestic terrorism carried out against the country’s new Black citizens. Indeed, Senator Mitch McConnell’s threat of “serious consequences” against companies standing up against Georgia’s state-sponsored racism is a bet that ultimately white corporate leaders will choose appeasement in the same way that the federal government in the 1860s and beyond appeased racists by permitting southern states to overrun Reconstruction with Jim Crow laws and violence against southern Blacks.

Standing alone, boycotts such MLB’s All-Star Game boycott are high on symbolism and miss critical opportunities to confront and defeat the racist forces that continue to deny America’s promise to Black and Brown citizens. Delta, Coca-Cola, Southern Company, MLB, the NFL, and NBA, and corporations in Arizona and other states that are moving to pass new Jim Crow voting restrictions should respond to McConnell’s threat with a promise -- to bury him and his bigoted cronies in federal and state legislatures by funding the campaigns of their electoral opponents and supporting policies to secure the franchise and improving diversity and equality in America.